Slovakia is a country in Central Europe. It is bordered by the Czech Republic and Austria to the west, Poland to the north, Ukraine to the east and Hungary to the south. Slovakia’s territory spans about 49,000 square kilometres (19,000 sq mi) and is mostly mountainous. The population is over 5 million and comprised mostly of ethnic Slovaks. The capital and largest city is Bratislava. The official language is Slovak, a member of the Slavic language family.

In the 10th century, the territory was integrated into the Kingdom of Hungary, which itself became part of the Habsburg Empire and the Austro-Hungarian Empire. After World War I and the dissolution of the Austro-Hungarian Empire, the Slovaks and Czechs established Czechoslovakia. A separate Slovak Republic (1939–1945) existed in World War II as a client state of Nazi Germany. In 1945, Czechoslovakia was reestablished under communist rule as a Soviet satellite. Slovakia became an independent state on 1st January 1993 after the peaceful dissolution of Czechoslovakia. 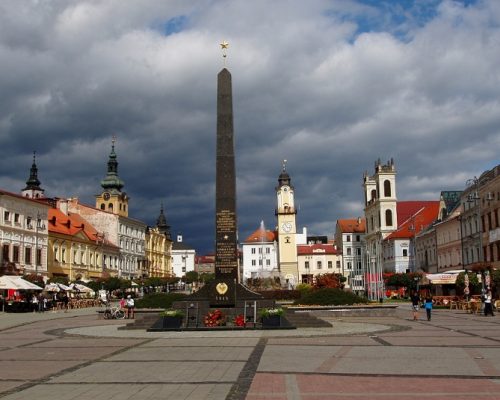 Banská Bystrica lies in the heart of Slovakia. The city is situated in the valley of the third longest Slovak river Hron. It is surrounded by the Nízke Tatry (Low Tatras), the Veľká Fatra (Greater Fatra) and the Kramnické vrchy. German settlers in medieval times helped make Banská Bystrica rich and famous with their advanced mining techniques for gold, silver and copper. The glory days of mining from the 14th-17th centuries left an architectural legacy of gothic and renaissance-era patrician mansions, plus churches ranging from Romanesque to baroque. 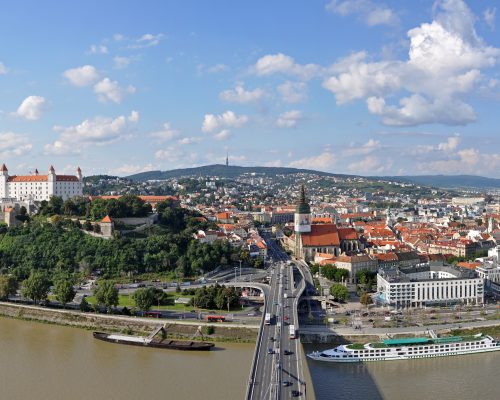 Bratislava is the capital of Slovakia, and with a population of about 450,000, the country’s largest city. The greater metropolitan area is home to more than 650,000 people. Bratislava is in southwestern Slovakia, occupying both banks of the River Danube and the left bank of the River Morava. Bordering Austria and Hungary, it is the only national capital that borders two independent countries. Bratislava is the political, cultural and economic centre of Slovakia. It is the seat of the Slovak president, the parliament and the Slovak Executive. It is home to several universities, museums, theatres, galleries and other important cultural and educational institutions.

There are two AIESEC branches in Bratislava – one is called Bratislava (located at University of Economics) and the second one called Comenius University. 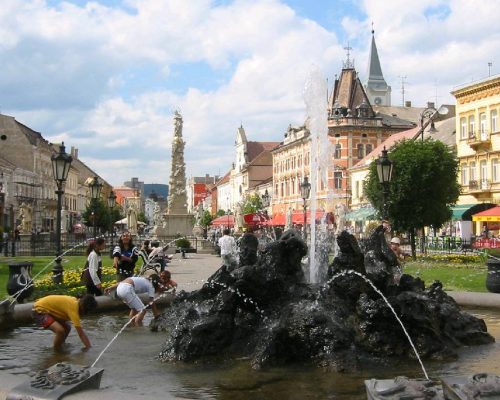 Košice, with 234000 citizens, is after the capital the second largest city in Slovakia. The city is located in the valley of the River Hornád; on the west it is surrounded by the Slovak mountain – Slovenské rudohorie. Košice is the Eastern Slovakia’s centre of culture, industry, commerce, administration and science. Slovakia’s second largest city is a historic treasure trove, as well as a lively melting pot of nationalities. The Old Town’s pedestrian – only cobble – stone main square is lined with baroque and neo-classical mansions. In fact, Košice has the largest preserved urban area in the country. It also has Slovakia’s most beautiful cathedral, St. Elisabeth Cathedral, in the middle of the oval-shaped main square. 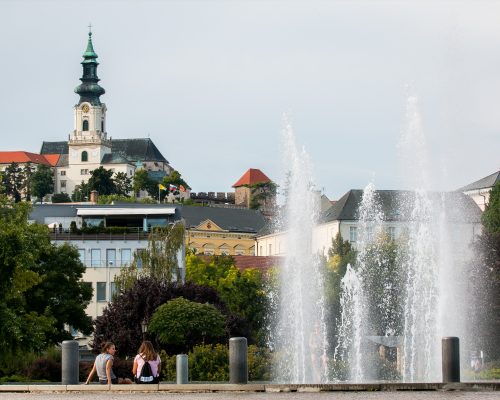 Nitra is situated on seven hills on both sides of the river Nitra. Nitra was first time mentioned in 871 – 873 AD in the document „Conversio Bagoariorum et Carantanorum“ and is known as the place where the first Christian church was built in the year 828 on the present-day Slovak territory. Cyril and Methodius, the patron saints of Europe, preached here and in 880 the first Slavic diocese was established here. The old town and the castle which was the largest one in Slovakia, introduce us to the local history; scores of sacred monuments reflect the Christian history. Nitra is the seat of various institutions, universities, theatres and museums and a well-known location of fairs as well as a modern centre of industries.

Trnava is located in western Slovakia only 47 km from the capital Bratislava on the Trnávka river. With its population of 69 500 it is the 7th largest city in the country. As a capital of Trnava region it is a seat of Roman-Catholic archbishopric and 2 universities. The city is often referred as the “Slovak Rome” thanks to many churches within its city walls. The name of the city is implied from Slovak word tŕnie which means thornbush. The center of Trnava has been designated a Town Monument Reserve in 1987.

Žilina is a city in north-western Slovakia, around 200 kilometres (120 mi) from the capital Bratislava, close to both the Czech and Polish borders. It is the fourth largest city of Slovakia with a population of approximately 85,000, an important industrial center, the largest city on the Váh river, and the seat of a kraj (Žilina Region) and of an okres (Žilina District). It belongs to the Upper Váh region of tourism.